A cloudy Kona evening with the Leathers Family

Hey you. I have a photographer’s secret, and I’ll tell it to you if you promise not to tell anyone else. Okay, cool. Here it is —

Well, geez, I know, that wasn’t a huge secret. But every now and then I’ll arrive to a family photo session to be greeted by two things: cloudy skies and a slightly worried family. But fear not, friends! Clouds not only soften things up, creating darn near studio style lighting, but they also form the basis for incredibly textured sunsets. Because what’s a sunset without clouds, you ask?

A plain old gradient, like the kind you can make in Microsoft Paint, from purple-blue down to yellowy orange, with a blinding fireball-sun dominating everything. It’s beautiful to look at while you’re sipping a cocktail, or in my case a soda since I usually don’t drink, but it is honestly a little dull to photograph, and is usually hard to edit, just because it’s so bright and overpowering.

Clouds, though… mmmm, delicious clouds. The Leathers family and I had those, and then some. They were being awesome, playful and inspiring to capture, but the sky had me thinking, “Nice soft light but the clouds may block the actual sunset. Still looks pretty good though.” About 40 minutes into the session, however, it became obvious that we were about to see a pretty spectacular show. 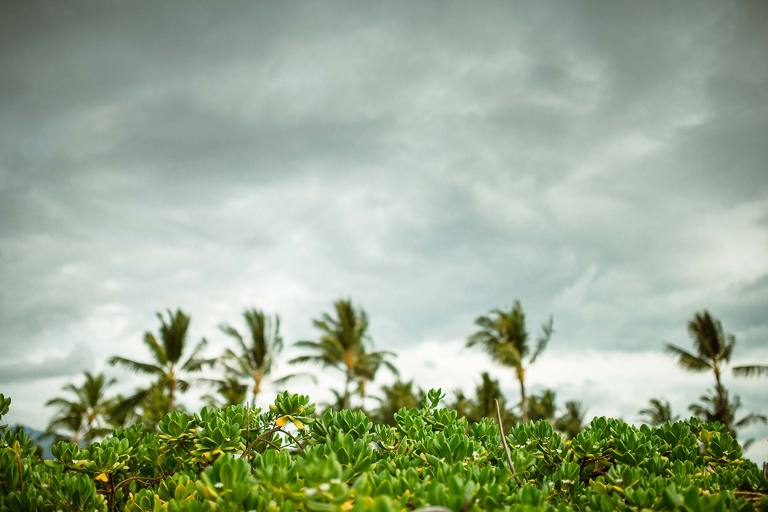 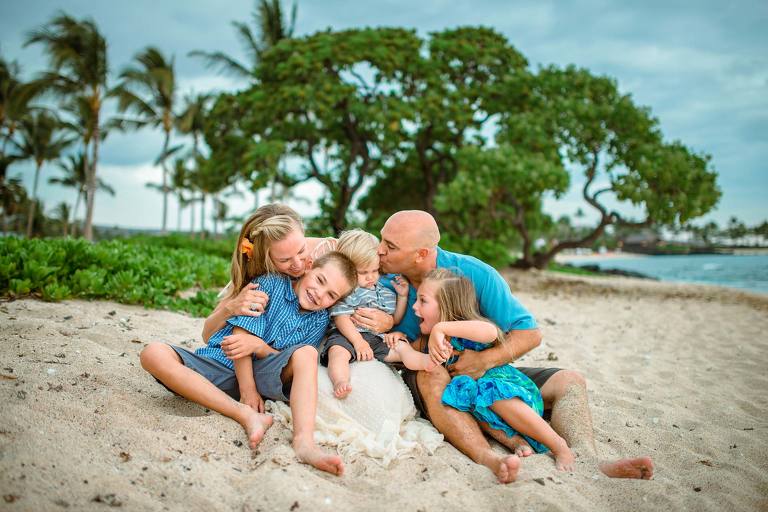 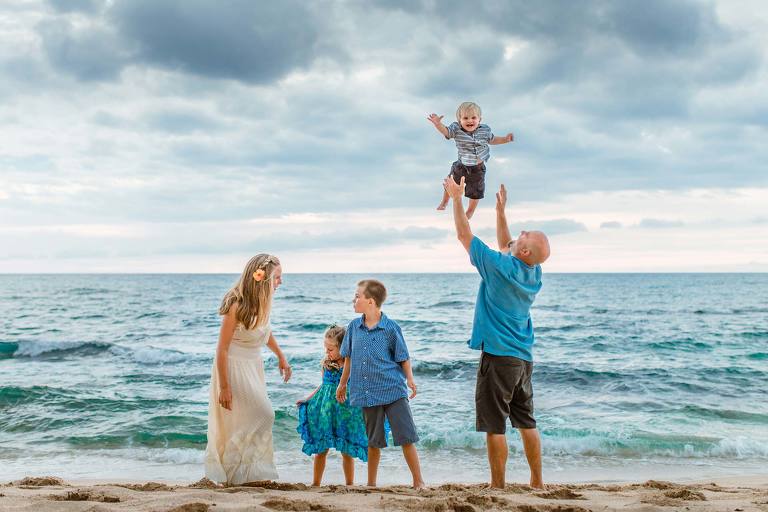 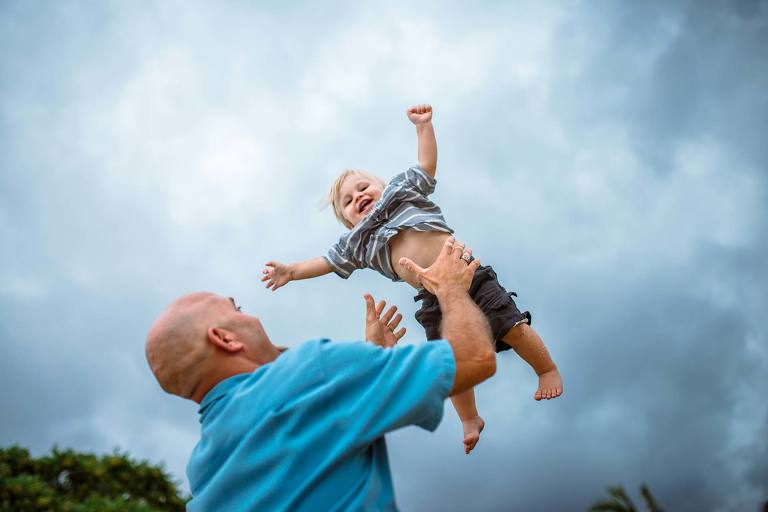 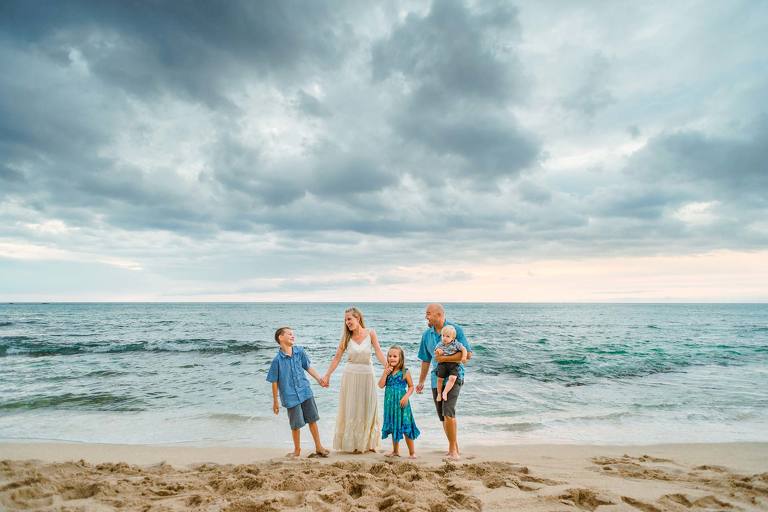 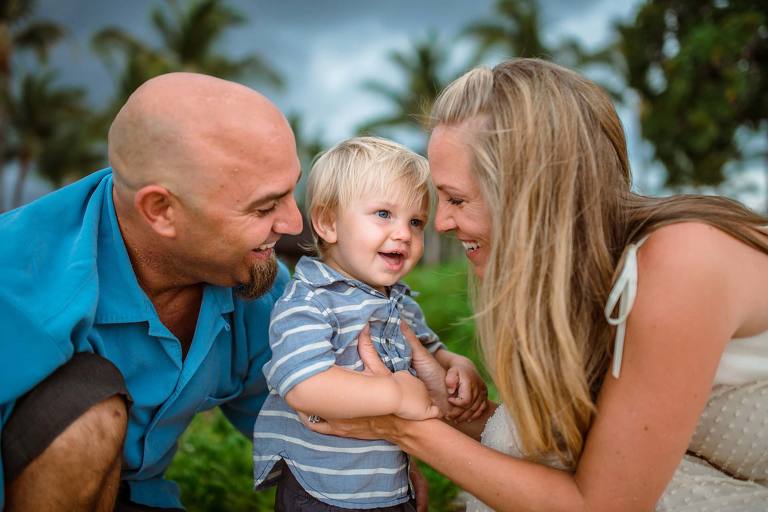 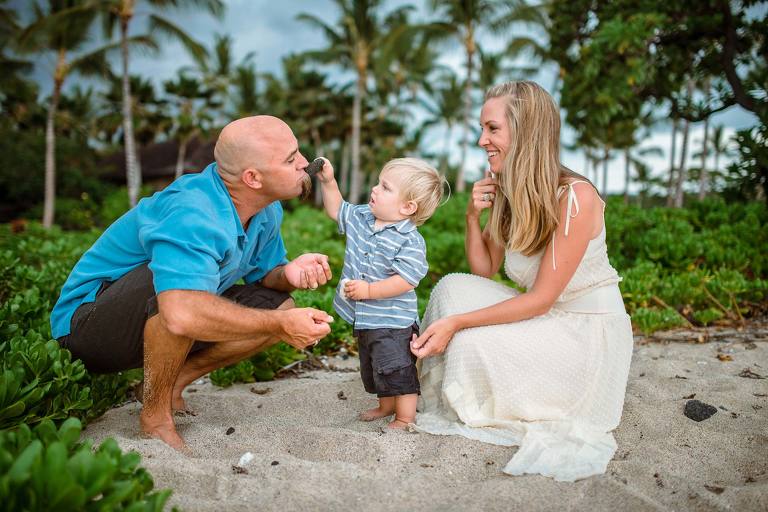 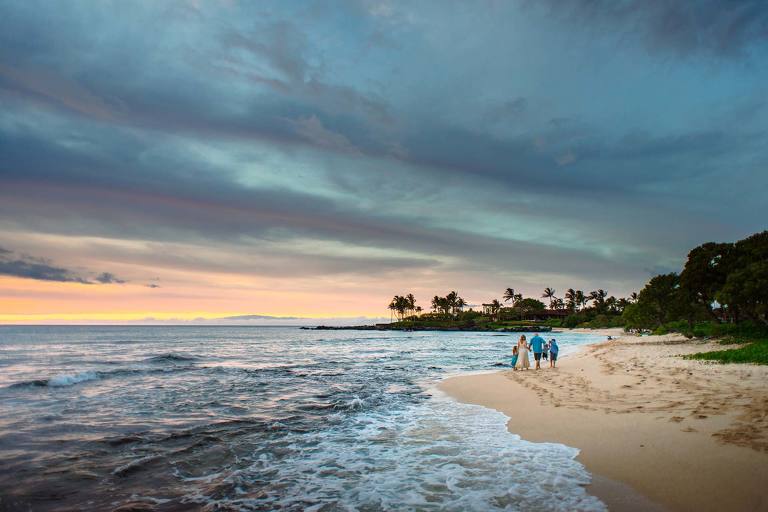 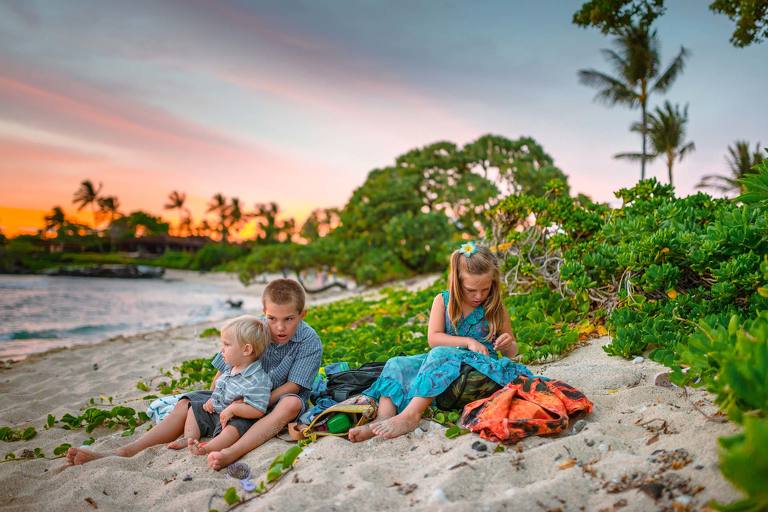 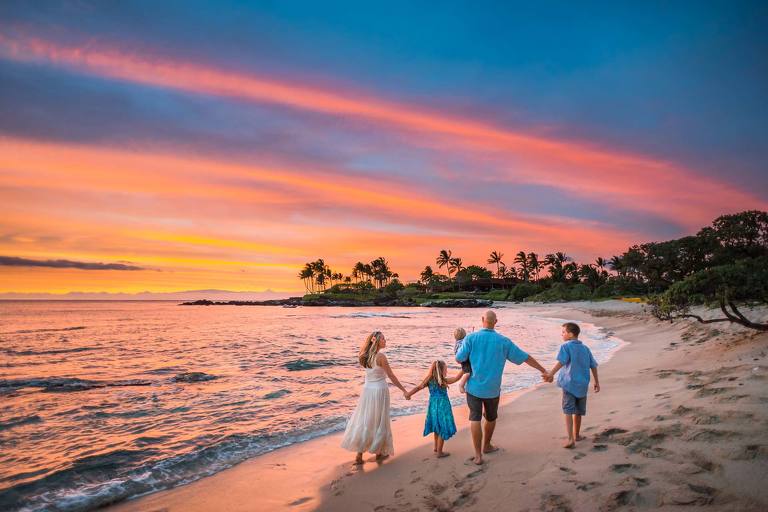 Might very well have been the best sunset I’d seen in a while. It was a panoramic feast for the soul, with arching orange clouds, lit by a sun that had dipped below the curve of the Earth, Maui’s Haleakala in the distance. It is impossible to capture such grandeur with a camera, and at the time, heartbreaking to realize it. The entire island became orange and pink, and we just soaked it all up and enjoyed it. And best of all the Leathers family were wonderful to hang out with and I couldn’t have asked for a better group of people to share such beauty with — thank you so much, guys!

And I’ll close it up with a distant view of Maui, sandwiched between glowing clouds. 🙂 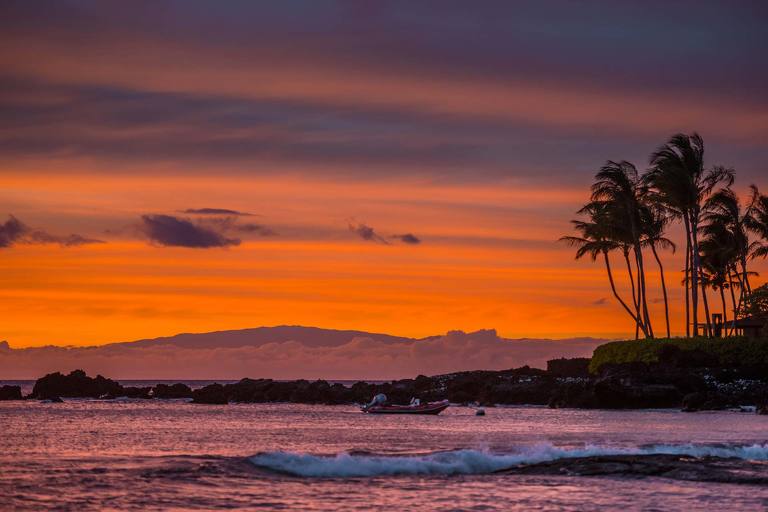